Marijuana is a plant mixture of dried Cannabis sativa. Most people smoke it in pipes, hand made cigarettes and water pipes. Marijuana can used as tea, or mixed in with baking goods. Most recently marijuana has been used with vaporizers.  There are different names associated with marijuana, such as weed, pot, mary jane, grass, and many more.

THC or delta-9 tetrahydrocannabinol is the main chemical found in marijuana, that causes mind-altering and intoxicating effects. This chemical derives from the leaves and buds of the female plant. There are over five hundred other chemicals, that are associated with THC, and are called cannabinoids. 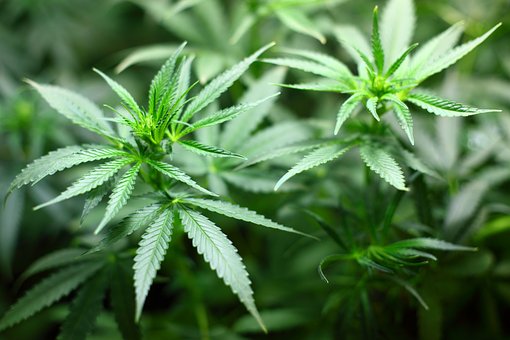 According to the National Institute on Drug Abuse, the statistics show that marijuana is the most commonly used illicit drug in the US, twenty-two million people use it, and it’s widespread among adolescents.

What are the effects of marijuana use?

When a person smokes marijuana, the chemicals reach the lungs and then flow to the bloodstream, and finally, get delivered to the brain. The effects of marijuana use are instantaneous and often associate with sensations of euphoria, relaxation, high alertness, increased appetite. However, some individuals may experience adverse effects of marijuana use, which may be the opposite of popular knowledge. These effects may be anxiety, hallucinations, delusions, psychosis, and confusion of one’s identity.  If marijuana ingested in foods and drinks, the effect may be delayed due to a digestive process, that may take hours.

Generally, the effects of marijuana use last for a few hours.

Can marijuana use become addictive?

Marijuana use can result in marijuana use disorder, which may grow into addiction in more extreme cases. Young adults who have used marijuana before reaching the age of 18, are more predisposed to develop marijuana use disorder. This disorder may lead to dependence, which causes the person to experience withdrawal symptoms once they stop using the drug. The dependence or in some cases addiction happens due to changes in the brain function and may induce the following side effects: mood swings, insomnia, agitation, lower appetite, anxiety, uneasiness, and physical discomfort.

Whare are the effects of marijuana on the brain?

Recent studies suggest that marijuana use can cause some functional impairments in cognitive abilities. In some cases, regular marijuana use decreases the number of specific functions in the brain zones, such as memory, learning and impulse control. Marijuana use diminishes a brain area responsible for memory and processing information, by altering the receptors. Repeated THC exposure may accelerate age-related memory and learning abilities loss.

Short-term effects of marijuana use on the brain:

Long-term effects of marijuana use on the brain:

What are the health effects of marijuana use?

Chronic marijuana use may cause severe health problems, and lead to addiction. Smoking marijuana delivers powerful THC and other cannabinoids to the person’s system, as well as harmful similar to the ones present in tobacco and cigarettes. There are several risks to those who use marijuana:

What are the signs of marijuana addiction?

As per the Centers for Disease Control and Preventions, approximately one in ten marijuana users will become addicted, and for individuals who start using the drug before reaching the age of eighteen, that number increases to one in six. Marijuana is the most used illegal drug in the US, and the statistics show about thirty-seven million people using it.  Marijuana use can affect a person’s health.  There are several signs of possible marijuana addiction:

What is a treatment for marijuana addiction?

There are several behavioral treatments available: